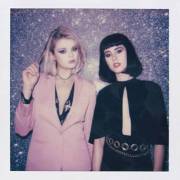 If you like to dance, you like Ekkah.  It’s really that simple.  I’ve been in love with this dynamic duo since I first heard ‘Last Chance to Dance’ a year or so ago.  However, I didn’t fall head over heels until I saw the music vid.  Since then, I’ve discovered that their entire, brief, discography available on streaming services is right up my kinda dance-funk-disco-groove alleyway.  What would it cost to get them to come over to the states for a quick US tour..? 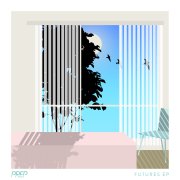 PREP is what I want to hear while I watch the sun go down over the pacific ocean while on my boat/helicopter/private plane.  Anywhere really, where the sky is doing it’s daily thing where it turns the clouds pink and purple and puts that perfect light gradient along the horizon.  Funky, fresh, and smooth.  I can’t get enough.  Request them on your local radio station.  Another beautifully brief streaming discography.  I’ve heard some rumors about an upcoming release, EYES PEALED. 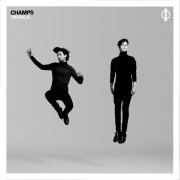 Brother’s Michael and David Champion (get it!) combine to make some real childhood throwback kind of sweetness, like your mum taking the fresh pumpkin bread out of the oven while you watch Hey Arnold on the TV in the living room.  When I listen to Champs, I’m reminded of Peter, Paul, and Mary, Simon and Garfunkel, and Fleetwood Mac.  It’s all of them combined, with a modern sprinkle over top.  I can’t pick a favorite off their 2015 debut album ‘Vamala’. Perfect for slow winter indoor days, I need more CHAMPS, please. 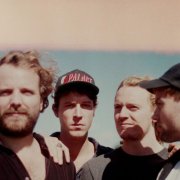 Their hit single ‘Bitter’ has been going around for a while now, and while it’s a good song, it never hit me as anything consequential. Then, I got a hold of ‘Live Well’ and my tune on these young hunks totally changed.  Check out this sweet live set they played through the wind and the rain.  Look at that cool Portland Trail Blazers hat! I want one! They do remind me of a chill version of fellow brit band, Foals.  Fun fact: Front man Leo Wyndham has some acting credits worth checking out.  They’re definitely still on their way up, so get in on it while the gettin’s good! 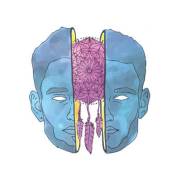 Electro-funk beat-pop is how I would describe what Tom Misch’s music.  It’s the kind of stuff you bob your head to while crunching some serious numbers at work.  Yet at the same time, his songs are on my ‘Freakin’ Weekend’ playlist. So, he’s fun, upbeat, and downright groovy.  He makes the beats and pulls from his expansive network of talented music people to put lyrics on the tracks.  Beat Tape 2 has received quite a bit of attention, drawing over 11 million plays for ‘Beautiful Escape’.