(links embedded in the album covers)

This guy takes the short list for coolest dudes on the planet and sets it ablaze to light his cigarette while peering over his shades to make eyes with your girl. The Malian is attributed by also cool dude director Martin Scorsese as “the DNA of blues” and was rumored to host legendary sex parties. His self-titled album as well as Talking Timbuktu are genius and already reside on your local Brooklyn coffee shop playlist. 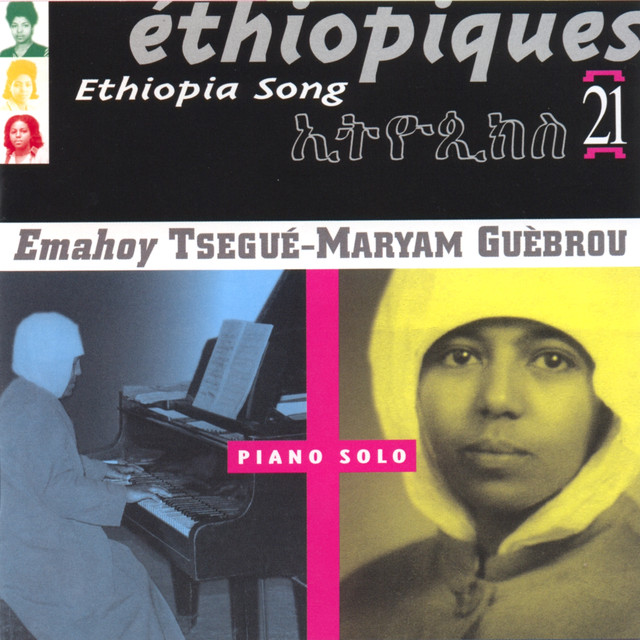 Born as Yewubdar Gebru, she was an Ethiopian nun who studied in Switzlerland, suffered as a prisoner of war in Italy, studied under Polish violinist Alexander Kontorowicz in Cairo, and fled to Jerusalem where she remained until her death in 2016. Her piano playing will remove you from Earth itself. Her collection is unfortunately quite limited but the solos on Ethiopiques Vol. 21 are a treat.

The Nigerian electro-funk icon has made somewhat of a comeback in recent years. Spurned by the release of the compilation mixtape Who is William Onyeabor? and its infectious jam “Atomic Bomb”. His first album Crashes in Love is a celebration of funky vibes and a fierce call for political action.

The singer-songwriter from Cape Town spent years performing and fire dancing on the streets of Berlin until she blew audiences away at a local TEDx event. The video subsequently went viral and she has since topped German charts with her debut album Orbit all while remaining an independent artist.

Toure cannot be bound to one particular genre or style. He has been compared to Bon Iver, Frank Ocean, and David Bowie. High praise for such a young artist but do yourself a favor and give Brave Confusion a listen to decide for yourself.

Indie psych rock shouldn’t just come out of the depths of Portlandia. Coming straight outta Johannesburg, these three dudes offer an appealing sound to American indie music nerds but with their own mind-expanding wrinkle. Lapis Lazuli is a must listen.

And one for the road:

Todd Wehrkamp is a Berlin-based human writing on his friend’s blog.